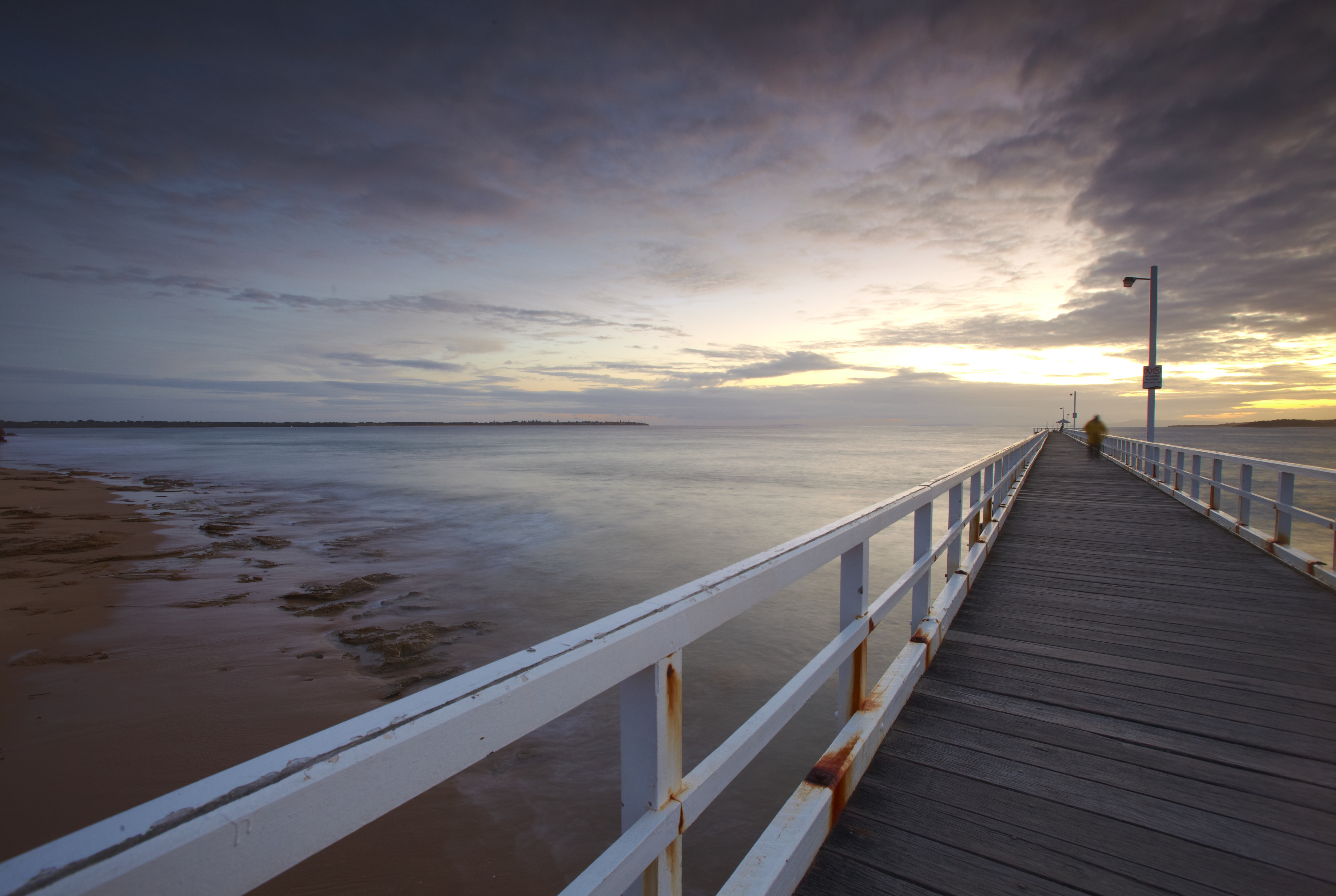 The Point Lonsdale Guest House was built in 1884, even before a proper lighthouse structure existed.

It was subsequently declared that a light was needed at the Point Lonsdale outer head. A timber structure was put up in 1863 standing 25m above sea level with a light which, in clear weather, was visible from 18.5kms at sea.

It was in March 1902, that the current lighthouse was commissioned and stands 120 m above sea level with its light visible from 30kms. During its construction Mr and Mrs Hewitson bought Terminus House on the advice of their bank manager in Ballarat and began running it as a guest house rather than a boarding house. Visitors travelled by train from Ballarat, or by steamer from Melbourne to Queenscliff. They would then go by horse and dray to the guest house. Appropriately, it was named the Terminus as this was the "end of the line".

As more visitors came to the area a second storey was added by Mr Hewitson and his son in 1910. The pair used second-hand timber washed up on the Lonsdale beaches from both ship wrecks and ballast timber which had been jettisoned by sailing ships as they negotiated the Rip.

In 1928 the guest house was taken over by the Hewitson's daughter Iris, who ran it with her husband Charles Phelan. It was during their stewardship that "Charis Hall" was built at the rear of the guest house. Here children of the guests played games and entertained themselves in the evenings while the hall was a popular dance venue for years.

In 1948 Mrs Joe Hewitson assumed control of the guesthouse. She had owned and operated pubs in the UK and also owned the Queenscliff Hotel and the Pacific Hotel in Lorne.

In 1981 the brick extension was built where Charis Hall had stood. Since then the backyard has been landscaped and a pool, tennis court and games room (now the guest kitchen) added.

In 2000 the historic property was scheduled for demolition and re-development when the present owner Andrew Cannon came to its rescue and purchased it. Painstakingly restored, the local icon was renamed the Point Lonsdale Guest House to distance itself from a similarly named business in Geelong - The Terminus Strip Club!